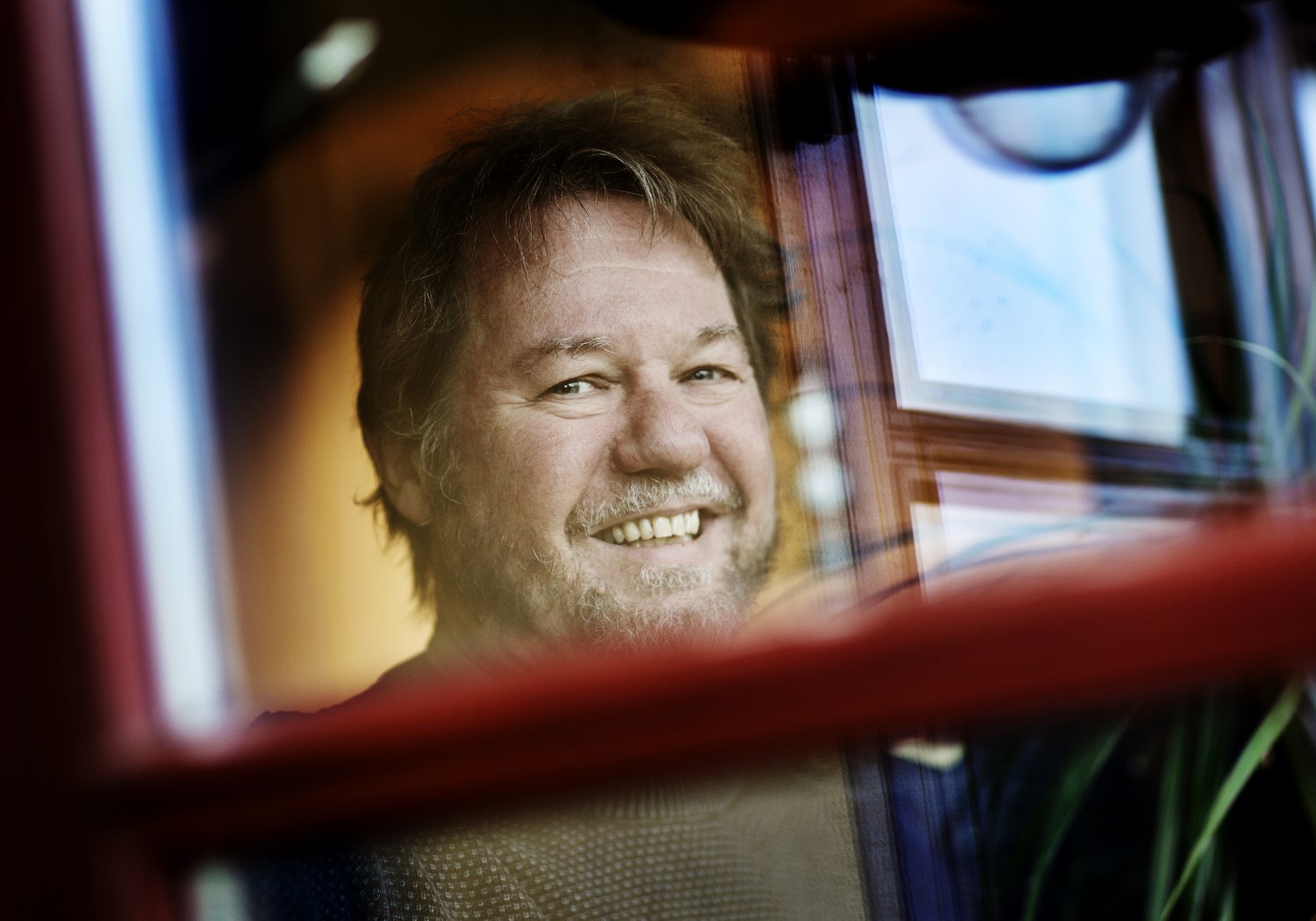 As a composer Mogens Christensen started on his path with an affinity to lyricism – beginning 1982 with a nocturnal vision in Hölderlin´s poem Hyperion – then increasingly focusing on the dreamy, quiet and yet sensual world of the Danish poet, Ole Sarvig.

This distant, latently turbulent – yet at times almost fanciful – expression can also be felt in the instrumental music, which first saw the light of day in the mid-1980’s. The predominantly ethereal qualities give way to a more frequent “awareness of earthly gravity”. Likewise, the wish to build upon a more independent musical logic progressively takes over from an earlier interest in the textual possibilities. However, the sound universe remains basically the same in this new more abstract style, announced by the orchestral work Zurvan Akarana (1986-89). The spiritual affinity with the gentle art of Hölderlin and Sarvig was in the 1990’s enlarged with the bubbling, imaginative and surrealistic elements found in the novels of Gabriel García Márquez and Milorad Pavic. Nevertheless, Christensen´s music is not programme music; the essence and form of the words are only some of the starters of his musical imagination. A kind of common denominator of his music is his interest of time in music. As a composer in residence with Copenhagen Phil.(198-2001) he developed a “noisy” style using the full orchestra in pieces like Circulus Stellae, Cristalline Light and Zauberwald. As a composer in residence with Randers Chamber Orchestra (2006-08) he wrote several pieces, including af concerto for Lud and Eid. His production is rich: many solo pieces, very much chamber music, one chamber opera. He has written two violin concertos and three recorder concertos.

Career: Since the début his music has been performed in almost all European contries, in USA (N.Y.) and in South America. Being prizewinner at the UNESCO Composers International ROSTRUM, 1994, his piece Winter Light was broadcast all over the world. Composer in residence with Copenhagen Phil (1998-2001) and Randers Chamber Orchestra (2006-08).

Honours & Prizes: Artist Prize of the County of Bergen, 1991, Artist Scholarship of the Danish State 1993-95, Prize Winner at the UNESCO Composers International ROSTRUM, 1994.